‘A reader lives a thousand lives before he dies, said Jojen. The man who never reads lives only one.’ – George. R.R. Martin

The month of September is read a new book month and today, the 6th, is read a new book day.  Similar to Mays Get Caught Reading Month, it’s a way to get more people to read and hopefully inspire them to adopt it into their lifestyle.  Here are some of my favourite books I’ll always recommend if you’re looking for something to read.

American Gods was recently turned into a TV show which is how I found my way to this book in the first place.  It’s about a man called Shadow who is released from prison early due to the death of his wife and best friend.  As Shadow processes this information and makes his way home, he meets a mysterious called Wednesday along the way and becomes somewhat of a bodyguard to him.

As usual, the book is better than the live action but this has to be one of my favourite books of all time.  There is so much detail in the environments and characters met. You’re immediately thrown into the adventure and mystery of the protagonist and his counterparts. 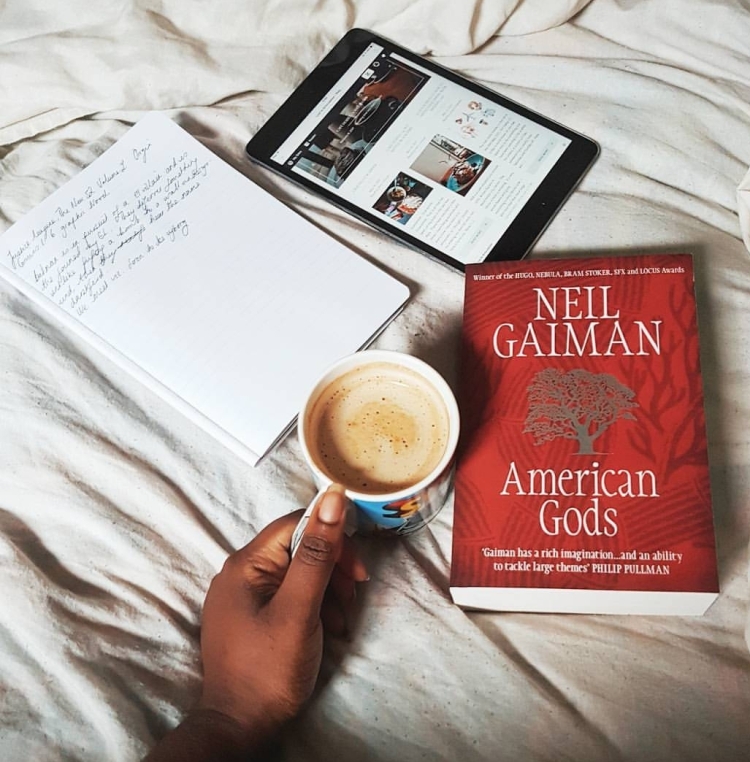 Kokoro is a book I discovered because of anime called Aoi Bungaku.  It is a 12 part series based on different and renowned Japanese literature.  Kokoro is a 3 part story told from different perspectives.  The first two perspectives are of the narrator and the third part is somewhat of a confession of actions and feelings to the narrator.

Kokoro really emphasises how differently people can perceive a situation from different ends of the spectrum.  It allows you to think deeply about how people see things from another angle to you, despite perhaps being in the same state of affairs.

After Dark by Haruki Murakami

After Dark takes place in Tokyo and goes through a compilation of events that occur in one night.  The story begins with a girl called Mari Asai who is spending her night reading in Denny’s where she meets a mutual friend of her sisters (Eri) called Takahashi.  Although Mari doesn’t seem to have any recollection of Takahashi he insists that they have spent time together in the past along with her sister.  Whilst this is happening Eri is in a deep sleep with a threatening a strong threatening presence around her.

Many portions of this story take part in reality and dream and all events, whilst some of them seem irrelevant, are something that should be taken note of.

After Dark is an amazing book if you like things that connect dots and flow smoothly.  This was the first Murakami book I read and is one of my favourites by him.

I consider The Colourless Tsukuru Tazaki (TCTT) to be one of Murakami’s more complex and darker novels.  TCTT follows the life of Tsukuru and his four friends.  They all grew up in the town of Nagoya and have been friends since they were young.  All of his friends have colours in their names apart from him.  Tsukuru’s name means to build or make.  This has always played a role within the friendship dynamic and his position in the group.

When Tsukuru turns sixteen his life spirals out of control and this leads to a chain of events.  More than a decade later he is no longer as close as he once was with his friends from his hometown.  His current girlfriend urges him to tie up some loose ends in his past which lead to some shocking revelations.

TCTT is a mysterious book that has you paying attention and is a complete page-turner.

A scriptwriter in Tokyo, Harada, becomes reacquainted with his dead parents one evening which leads him down a dark and narrow path.

Strangers is the perfect example of horror in a citified environment.  Yamada has written a beautifully horrifying ghost story and draws clear attention to the struggles of the salaryman.

It’s Kind Of A Funny Story by Ned Vizzini

Craig Gilner checks himself into a mental hospital as he feels he cannot deal with the challenges and stresses of teen life.  The pressure of friends and university overwhelm him and he begins to wonder if he is depressed.  The youth wing of the hospital is closed and Craig is forced to spend is forced to spend his mandatory 120 hours of observation in the adult ward.  Craig meets a vast and colourful group of people during his time there and learns that a boy of his age group is not alone with how he is feeling.

It’s Kind of A Funny Story is an important book which allows readers to get a perspective on mental health and depression.  Although it deals with a serious issue, it is still lighthearted, charming, funny and witty.

This site uses Akismet to reduce spam. Learn how your comment data is processed.